These days every console has a share button and if you press this button on Xbox one or the PS4 you can stream your gameplay directly to Twitch or YouTube. If you press this button on the Nintendo switch, most of the time it does absolutely nothing but when it does work, you can take a screenshot or record a 30-second video clip in stunning 720p. If you want to stream your gameplay from Nintendo switch, you will need a capture card.

What is a capture card?

The term “Capture Card” basically refers to the pieces of equipment which you slot in your computer to capture gameplay in form of videos. The ones which we are going to talk about here, are the external devices that will help capture and record video of what you are playing on Nintendo. While there are numerous in-slot capture cards, most of them connect to your computer via a USB.

The capture card are the devices that connects your console (in our case its Nintendo Switch), a display, and a computer. You will first connect the Switch to the capture card and then to your TV. If you plan to stream or create videos, you need to be in Dock Mode. Sometimes capture cards work with HDMI cables as a primary source of connection. Next step is to connect the capture card to PC to record gameplay using a software.

It might look complicated for those who are non-techie. But the process is quite simple.  Also, modern capture cards have built-in H.264 encoder that lets you record high-quality footage easily.

Below are the five main types of capture cards based on device platform support.

If you are working on a dual system, capture card will help you to stream your gameplay from Nintendo switch. This will let you maintain the optimal performance level on your PC.

For PlayStation gamers, this Capture Card will add flexibility in creating some fancy stuff. As compared to simple software, this capture card will assist users in easy streaming and recording of gameplay footage.

This category of a capture card is useful for Xbox users as it helps them to handle footage of larger size of gameplay as compared to some simple software.

There are only a few specially designed capture cards that support the streaming game on Mac. It allows you to stream your videos over a suitable resolution level.

5) Capture Cards for 3DS and Wii

You need to buy 3DS and Wii supported Capture card to assist the easy transfer of content between mentioned devices.

Below are the five best capture cards in the market for Nintendo switch streaming. 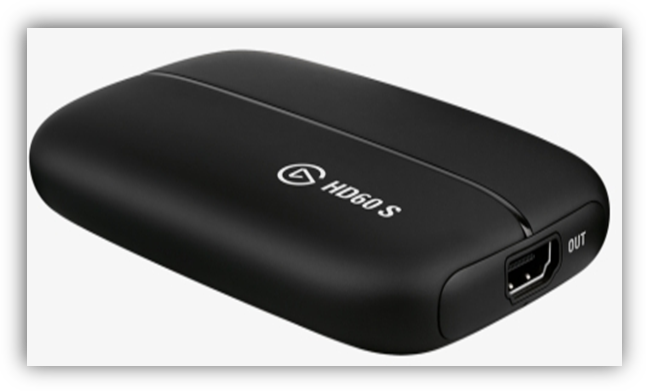 If you want to start or getting into streaming, you are going to end up with some of the products of Elgato. Now I will be discussing HD60 S and how it works for Nintendo switch. The Elgato HD60 S is way faster than the previous versions. It has USB 3.0 which allows for much lower latency. HD60 S allows the Instant Game view - an instant preview on the computer monitor to reflect what you see in game including your reactions on webcam and live commentary. With HD60 S, you can expect that absolute lowest delay between game and preview.

The Elgato HD60 S can record at a full 1080p, 60 frames per second which is the highest possible frame rate in the resolution that a Nintendo Switch can do. The best thing about this capture card is, it can work on both Windows and Mac. It is good at handling low specification computers. However, for better quality, be sure to stream on a high spec computer. Low specs Mac books are not good for high quality streaming either.

The HD60 S also captures audio over HDMI but so many people still use audio cables plugged into the Nintendo switch or they will use USB headsets and wonder why there is no audio being captured. If you do that, you are cutting off audio at the source and no audio will travel through HDMI cable and then your HD60 S would not be able to hear that audio. Overall, if you are looking for a less expensive option, and you don't mind learning about the software and you are good with technology, I would recommend this for you.

AVerMedia Live Gamer Portable 2 Plus is completely different from the Elgato HD60 S. It is like Live gamer portable 2 but have new 4k gaming consoles like PS4 pro and the Xbox 1x. It cannot record in 4k but will pass through 4k and still record at 1080p 60 fps. So, if you still want to see your games in 4k, you can still capture in 1080p and watch it in 4k on your 4k TV which is a nice addition they have added to live gamer portable 2 plus.

You can record your Nintendo Switch games with just a push of a button, without connecting the LGP2+ to a computer. There is a status light on the capture card that will shine blue to notify you that you are ready to record your Pokémon gameplay. Once you press the record button, that blue light will turn red and will dim in and out slowly. This is an indicator that your capture card is already recording. If the light is flashing rapidly, or if you see other colours, then check the capture card. Make sure you have set the capture card into the PC-free mode.

With this capture card, you can also stream in PC mode. You can use RECentral software to overlay the text and designs included in AVerMedia Live Gamer Portable 2 Plus package. There is a bit of a learning process for this but do know that this is very simple.

Quality-wise, the LGP 2 Plus is a beast. It can record a stable video in 1080p 60fps with a 130 MB per minute file size. Do not worry, as this is normal for the good quality capture cards. If you want smaller file sizes, you can turn the quality settings down to a lower. This capture card is good for Nintendo Switch games, as numerous games do not really need 1080p 60fps recording.

If you want to capture your chat via the headset you can do by plugging in a 3.5-millimeter jack into your headset that is a good plus to this capture card. It has a volume control option and a micro-SD card slot which can record footage directly to SD-Card, which is perhaps the biggest selling feature of the live gamer portable 2 plus.

It is something portable, you can stream even when it is not connected to your computer, and can record good quality videos, which is obviously a dream of every content creator. 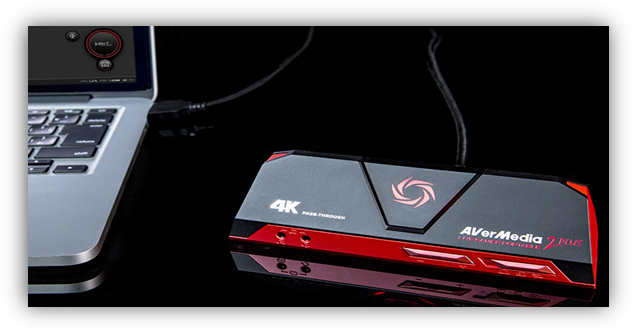 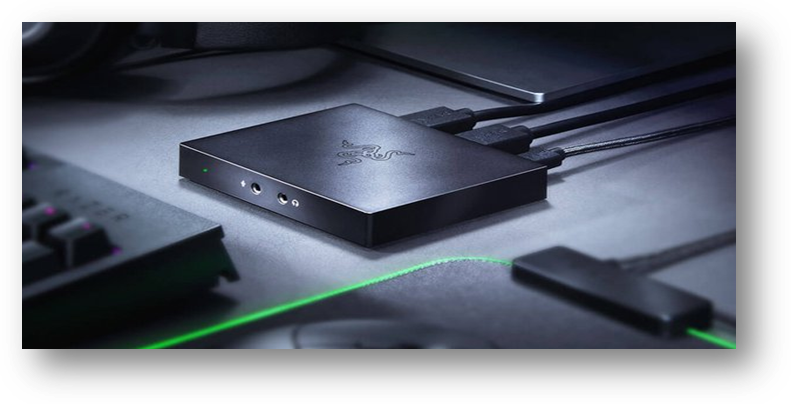 Razer, which is a brand for gamers, has also released its capture cards. First razer ripsaw was a rebrand of the AverMedia Live Gamer but now their latest version is Razer Ripsaw HD.

As there are many capture cards that have 4K pass-through, but the Ripsaw HD has some incredibly good features that make it worth having. First, it has some unique hardware-based audio capabilities. This ends the need for software, which eases up the process of streaming and video recording. Because of this feature, it has a mic hardwired and a headphone jack to it for monitoring.

But of course, something great like this comes with a downside as this capture card does not come with its own software. No HDR is supported and no 1440p is really supported. When you set it up through your computer control panel it only detects 1080p as max. If you are planning to stream with this capture card in 1080p resolution, you need to tweak OBS to the first rate or to buy an XSplit account, but these are just small drawbacks that will not ruin the experience.

It has a headset, indicator LED on the front and HDMI input/Output and type-C USB slot on the back. One huge plus is not only they restore the headset inputs, but they also have the microphone input that is on the front as a separate audio device that you can mix and control in OBS studio.

If you are looking for one of the best 4K capture cards that are in budget, then go for the Razer Ripsaw HD. 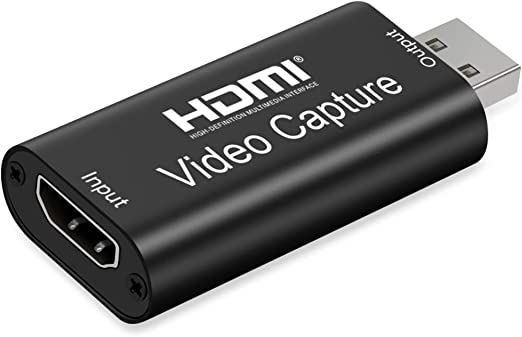 The GOODAN USB 2.0 Video Capture Card is a good option for budget limited people who are trying to stream their Nintendo Switch gameplay. This works the same as the Elgato Cam Link 4K, but it has a maximum output resolution of only 1080p at 30 Hz. Clearly, you cannot capture the highest possible output resolution for the Switch which is 1080p 60 FPS using this capture card.

One of the best features of this card is the plug-and-play functionality. You do not need to install a software driver or any external power supply to use, run, and start capturing gameplay. It is also recognized instantly by streaming software like OBS, Streamlabs, and OBS Studio, only you must do is select it as your video input source. This capture card is good for streaming on Switch, it is not ideal for other consoles that can capture at higher resolutions like the PlayStation 4 Pro and the Xbox 1X. It is the cheapest capture card in the market.

It is available on different online shopping sites like Amazon, AliExpress, and eBay without the brand name. It is just an HDMI capture card, and they are using the fancy HDMI logo even though they probably did not actually pay to license or like that or anything. It even comes with a short USB extension cable much like a cam link. 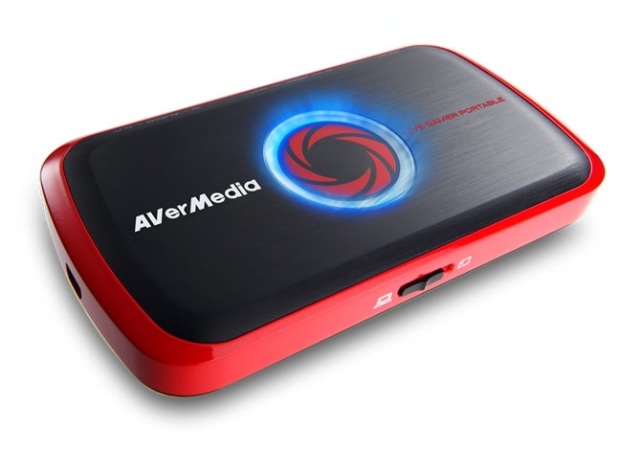 AVerMedia LGP Lite AVerCapture HD is one of the best and cheapest capture cards for Nintendo Switch video capturing and streaming. The price is low for the plenty of features it contains. Firstly, it has an H.264 encoder for lowering the file size of your recordings. The format of recordings is in MPEG-4, which became possible by H.264 + AAC. It can also capture in full 1080p HD. This LGP Lite has backings from RECentral software, which will help you to moderate streams with overlays. It can be compared to third-party streaming and video capturing software. This allows you to put facecam layers for a more modern feel.

This card is connected via USB 3.0 that allows for very low latency. Sadly, it has some glaring weak points and if it was not for these drawbacks, the AVerMedia AVerCapture HD could be higher up on the list. This card does not support macOS 10.14 and even if you are having a lower MacOS version, RECentral still would not allow you to stream, but only record videos. This capture card also does not support HDCP signals. But even though this card has these weak points, the AVerMedia LGP Lite AVerCapture HD is one of the best capture cards for Nintendo Switch. If you are looking for a good capture card in the budget, then pick this up and give it a go. 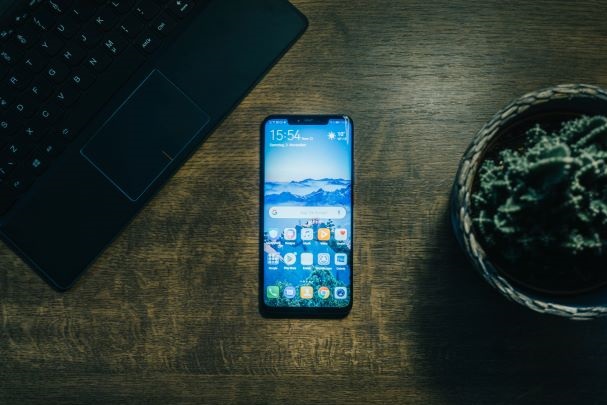 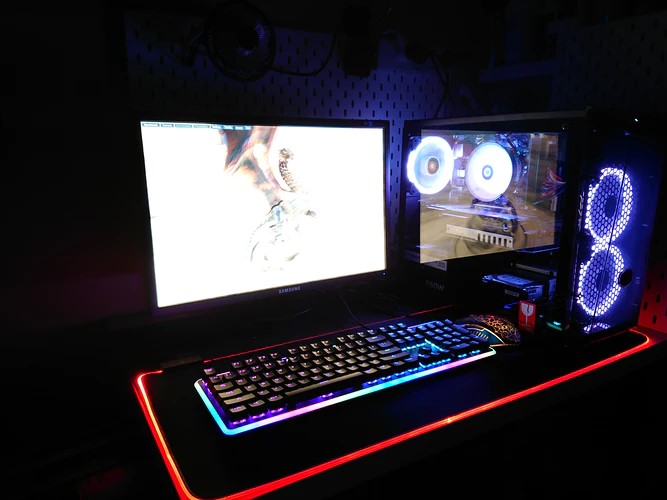