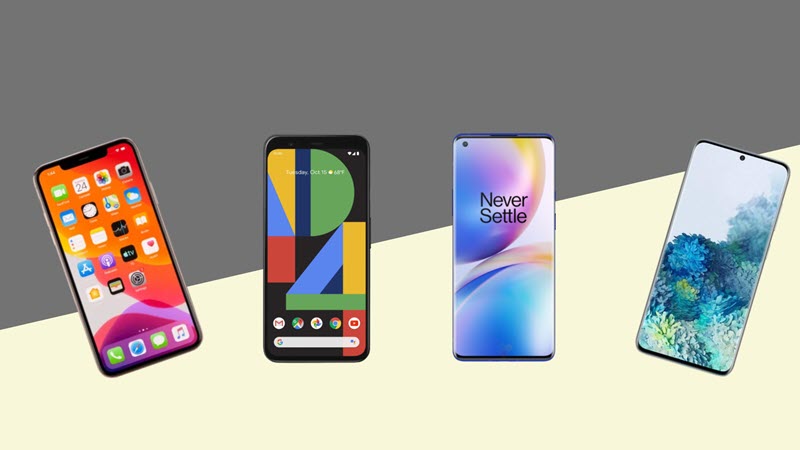 If you want to buy a phone, you may be well aware of the fact that how expensive they usually are because of the increasing features and multiple cameras. Therefore, you may want to buy a phone that matches your preferences and meets your budget as well. Apple, Samsung, and Google, all are releasing some really good phones nowadays which most people admire.

So if you are looking for a phone that not only meets your needs but also comes in your budget, then stop worrying. We have gathered a list of the top ten best phones that you can buy in so you can take a look and see which one is best for you. All these phones are no doubt, super-advanced, and some are super expensive as well. But it all depends on the quality of the phone. If the phone is of good quality and works excellently, you won’t mind paying a thousand dollars for it, right?

But firstly, let’s see what is the ideal phone you want to buy: It should have a large display, is easy to handle, a camera of superior quality, good memory, and of course, an attractive body.

Nowadays, even 5G phones are being given more importance and many people prefer buying 5G phones as well. Whereas foldable phones are also quite an innovative idea and the concept is loved by many. So without any delay, let’s jump into the list of the top ten best phones to buy. 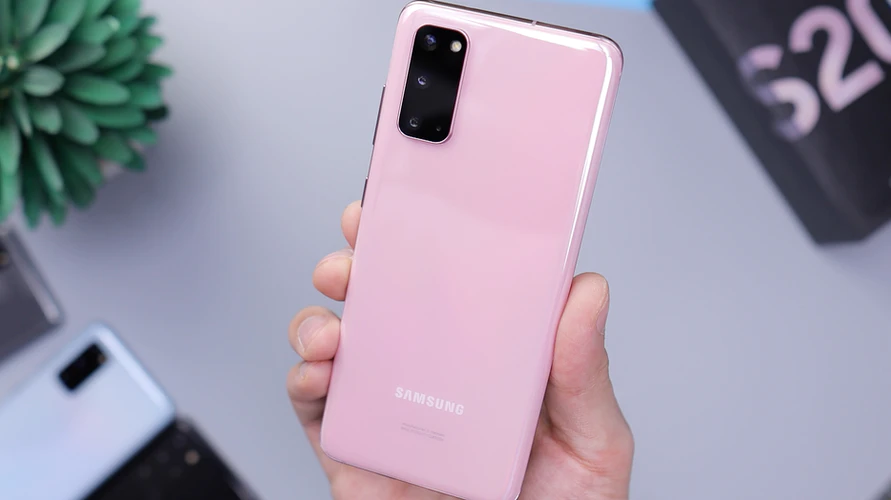 Samsung’s Galaxy S20 series is another huge accomplishment by Samsung. Not only are the S20 and S20 Plus are equipped with the latest technology and numerous features such as a large screen, huge storage, and some cool camera tricks. Both the phones have ideal size, unlike most of the large phones that aren’t so easy to handle. Plus the phones also come at a price much lower than Samsung’s competitors such as Apple and Google, where the Galaxy S20 is priced at just $999 whereas the price for the S20 Plus starts at just $1350. There isn’t much difference between both of the phones, just that the Galaxy S20 Plus has a larger screen and a ToF “depth vision” camera which is not present in the S20. Both of the phones give you a bigger screen with more internal storage, and most importantly: 5G. The phones come with a 4,500 mAh battery, along with a spectacular quad camera. 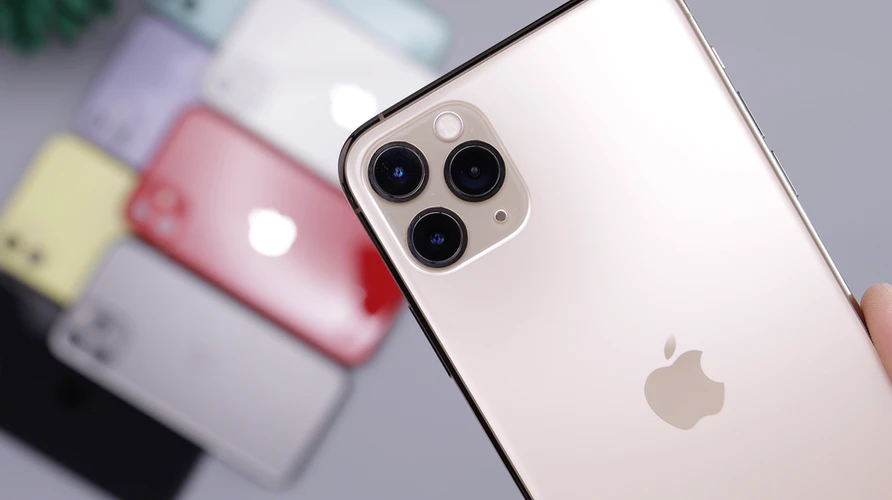 Apple’s iPhones are loved by most people just because of their appearance and an operating system different from most of the other smartphones in the market. Apple has recently released its new iPhone 11 Pro and iPhone 11 Pro Max. Both of these are priced differently and have some differences in size and memory. Of course, since it’s from Apple, you can expect some very handy features along with simply stunning camera quality. The price of the iPhone 11 Pro starts at just $999, whereas the Pro Max version goes much higher to around $1099. The only difference between these two phones is their size. The iPhone 11 Pro Max is slightly larger in size as compared to the iPhone 11 Pro. Both of the phones have an impressive battery life that lasts for the whole day, without you having to charge it again and again. Although the iPhone 11 Pro and Pro Max do not offer 5G, fans still love them because of their stunning features and an attractive look. 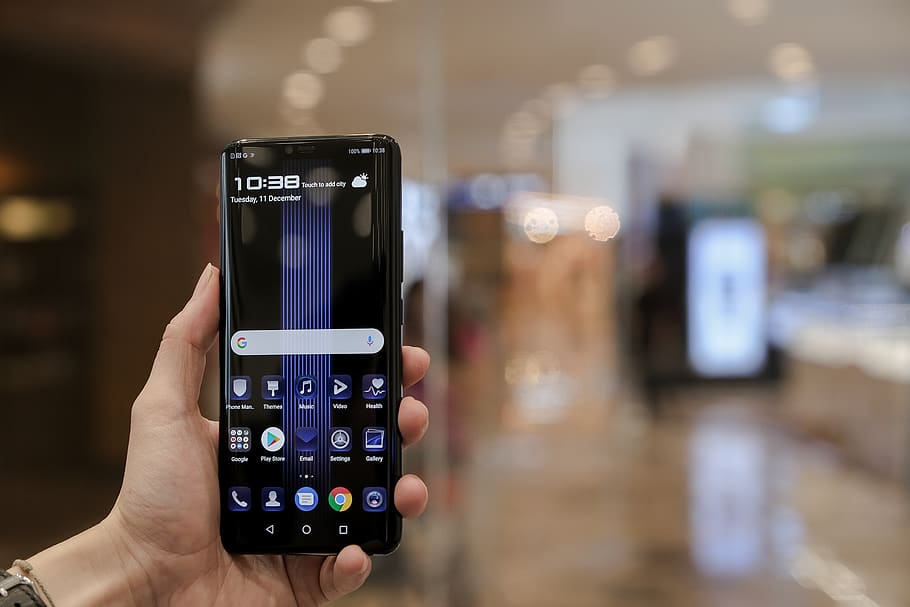 OnePlus has emerged as a new smartphone brand that has shocked many people with its numerous features, good looks, and reasonable price. The OnePlus 8 Pro blew many people away because of its slim body, good price, and impressive features. The shocking fact is that this phone is 5G-based, which you would not be expecting from a new smartphone brand. The phone also offers super-fast wireless charging along with a great camera that has a 3x optical zoom. The phone comes with a quad-camera, along with a battery life that lasts for the whole day and a 6.78 inches screen, which is larger than the iPhone 11. Also, the phone is priced at just $999! 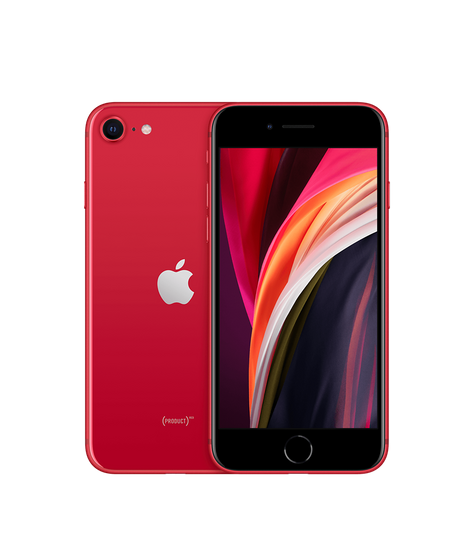 You may have seen many expensive smartphones with a large screen and multiple cameras this year, but Apple also released its sequel to the 2016 iPhone SE this year. You can think of iPhone SE as a phone that has the powers and specs of an iPhone 11 but comes in your budget as well. The phone has a simple design similar to the iPhone 7 and 8 and comes with a decent single camera. Although it may not be as cool as the iPhone 11, you get access to the fabulous iOS 13 and numerous features that are limited to Apple users only, for a price of just $399! The phone is one-hand friendly and has a 4.7-inch screen similar to the iPhone 7. If you are one of those people who are fed up with large phones and want a simple pocket-friendly phone, then you should definitely consider the iPhone SE 2020. 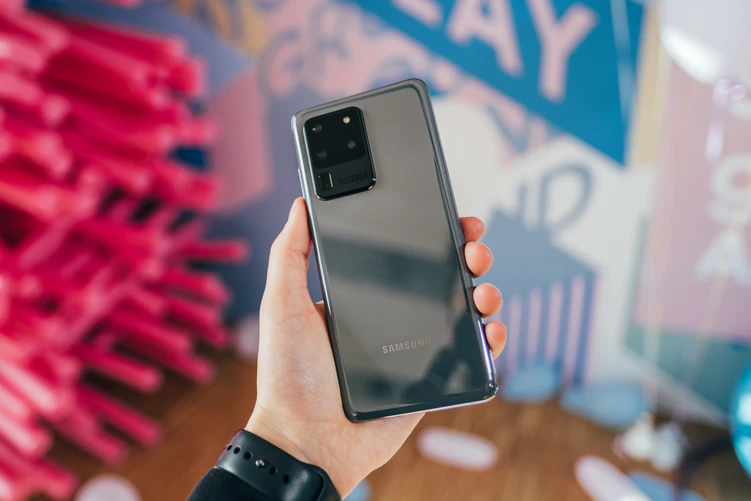 After the Samsung Galaxy S20 and S20 Plus, Samsung added a new addition to the S20 series and introduced the new Samsung Galaxy S2-0 Ultra. As the name tells, it is an “ultra” version of the S20 series, so you can expect some better features and of course, professional camera quality with a 100x zoom! The phone has some spectacular features, such as 5G compatibility, “space zoom”, and some unbelievable specs, and therefore, the phone may not come cheap. In fact, it’s much more expensive and starts at $1,399. The phone has a large screen of 6.9 inches, along with a quad camera and a battery life that lasts for more than a day. 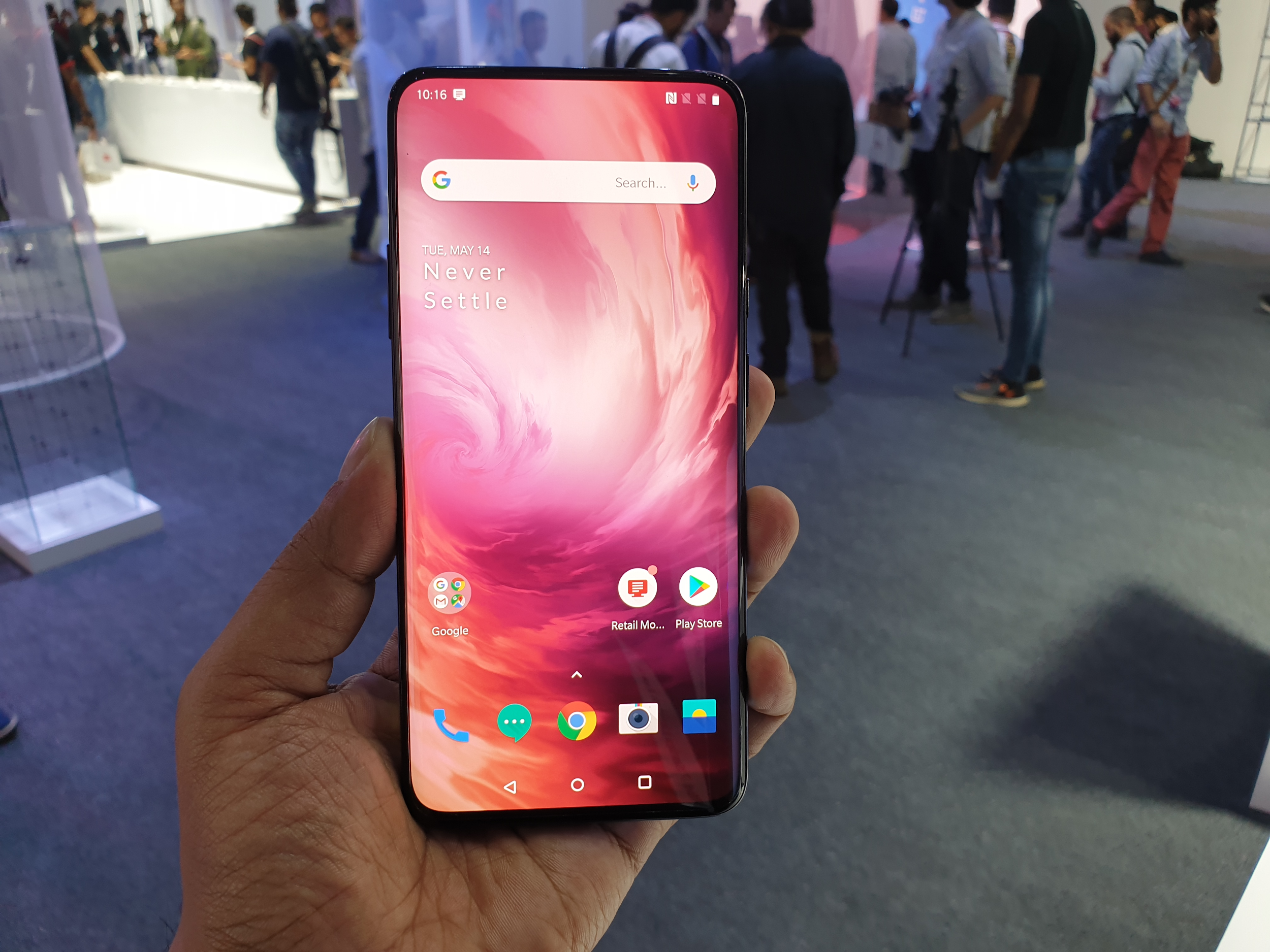 The OnePlus 7 Pro is a phone that not only has numerous useful features but comes at a reasonable price too. The phone has an iconic pop-up selfie camera which you don’t get to see in most phones. Since there’s a pop-up front camera, there’s no notch and punch hole on the screen and so it looks and acts attractive. The phone has a one-day battery life, along with a triple camera that also offers a nightscape mode. The price of the phone starts at just $690, which is no doubt an amazing price. 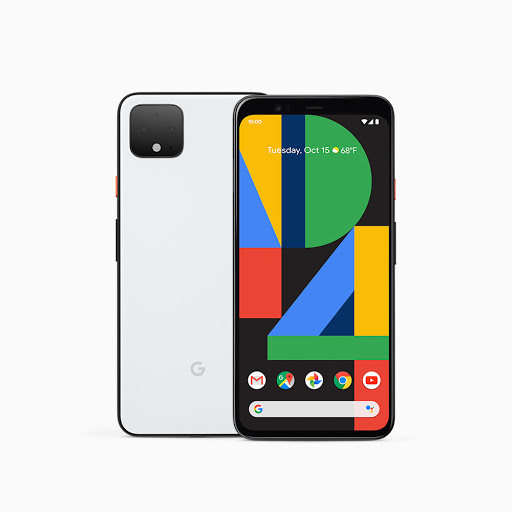 Google has been offering some good phones in recent years, and the Google Pixel 4 XL is also an addition to that. The phone is very powerful and has great camera capabilities. The phone has a large screen of 6.3 inches, whereas the battery life can remain for a day depending on the camera usage. The phone comes with a spectacular dual camera that is constructed specifically for photographers. The camera quality is impressive and you can get some stunning photos with this phone. The price for the Google Pixel 4 XL starts at just $845.4, so hurry up and buy it now! 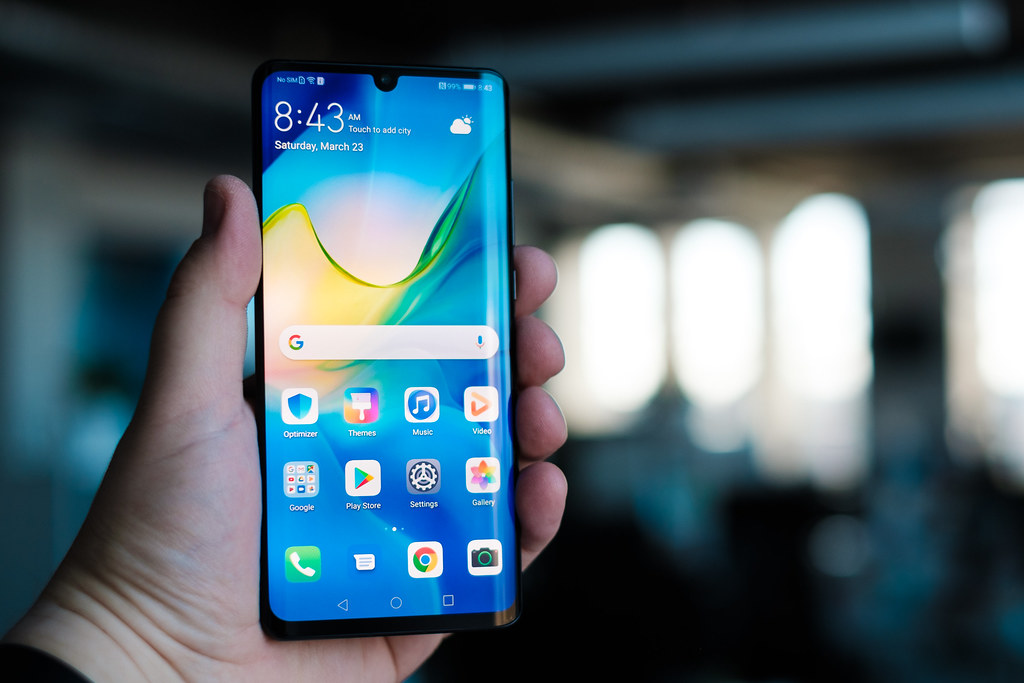 Huawei phones may not be much popular in the U.S., but the company sure has made some impressive smartphones. The Huawei P30 Pro is also one of them. The phone not only has great looks but also comes with an excellent camera. The phone is a cheaper alternative as compared to famous competitors such as Apple and Samsung, and therefore, most people also prefer Huawei nowadays. The phone comes with a 6.47-inch display, along with a teardrop front camera, and a battery life that can last for as long as two days if used properly. The phone also comes with a high-resolution triple camera and can be bought for as low as around $700. 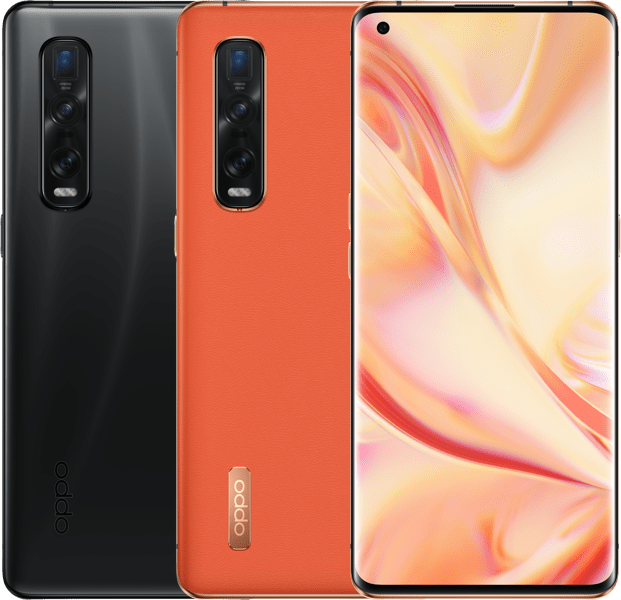 Oppo has always impressed us with its attractive phones and awesome cameras. The Oppo Find X2 Pro is a new addition to Oppo’s awesome phones. This phone comes with many powerful features, a great display, along with a great camera experience. The phone has a 6.7-inches display, along with some stunning features and an attractive camera. The phone is not a budget phone because it is somewhat expensive, at a price of around $1,550. 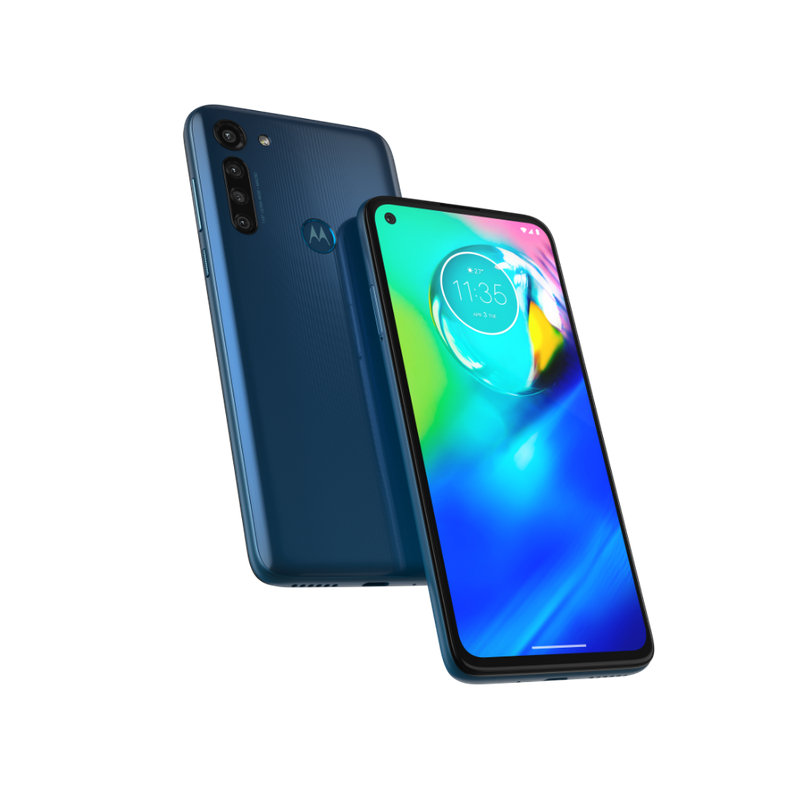 Motorola has recently made a huge comeback by releasing smartphones equipped with the latest technology. The Moto G8 Power is not only an attractive phone but comes in your budget as well. It is no doubt one of the cheapest phones in this list, but the phone has a huge storage capacity along with some cool features, due to which it is included in this list. The phone has a 6.4-inch display screen and the thing I personally love the most regarding this phone is its battery life. The Moto G8 Power has an unbelievable battery life that lasts for up to 3 days. Also, the phone comes with a front punch-hole camera along with a triple camera on the back. The camera quality is moderate and may not be too professional, but that’s what you get for this budget. You can buy the Moto G8 Power for just $250, which is an incredibly amazing price.

So this was our list of the top ten best phones to buy. All the phones have been selected keeping in view the price, features, camera quality, and battery life. The list includes phones of almost all prices ranging from $250 to $1,500, so you can buy one that matches your preferences and meets your budget as well. Plus if you love taking photos, you might want to consider buying a phone that has triple or quad cameras. 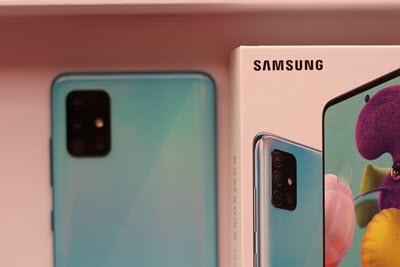